With The All Stars 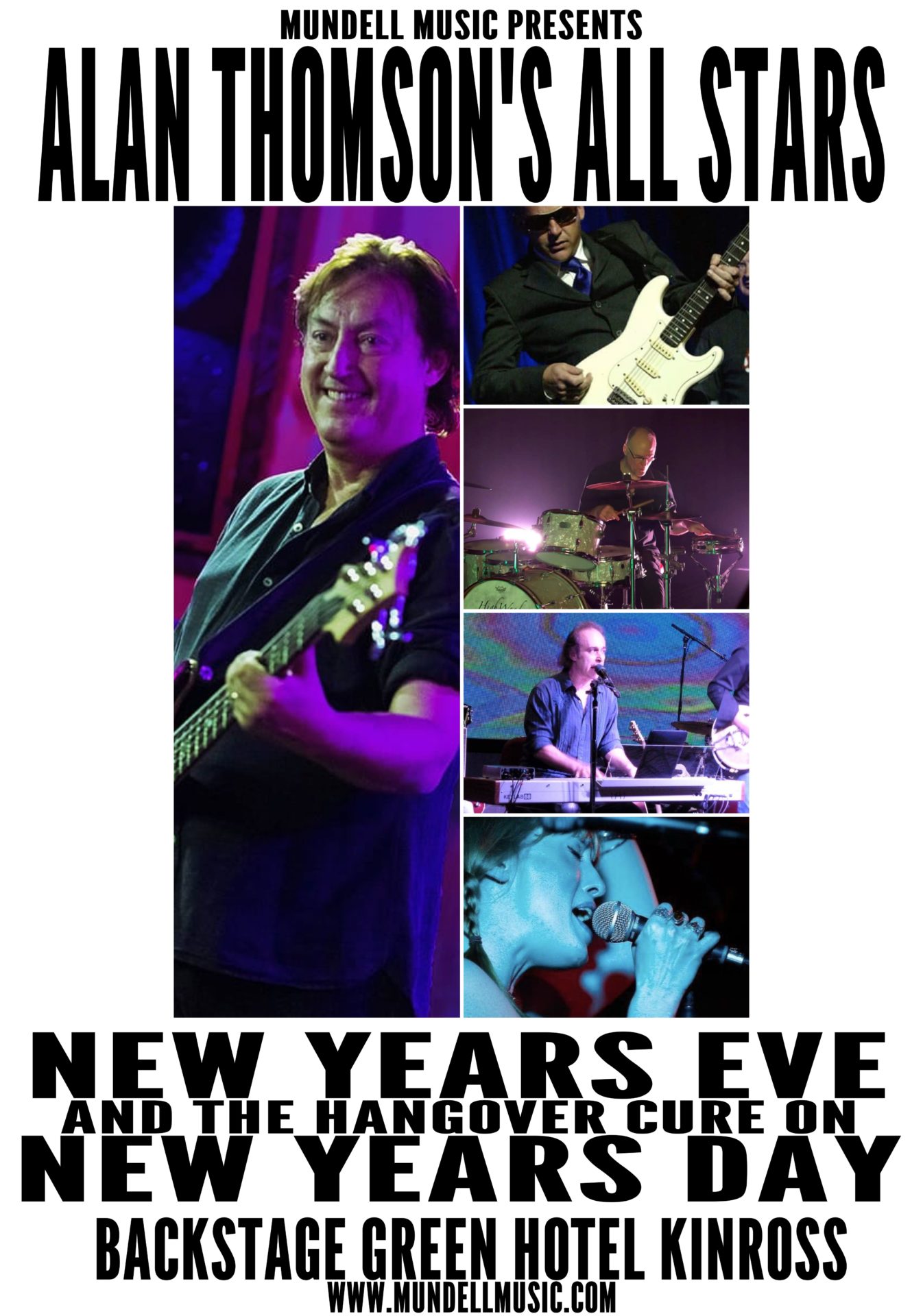 Hope you can join us again for an evening of great music played by some of the best musicians and singers I’ve ever worked with.
From California, on Keyboards, guitars and Lead Vocals, former Badfinger member and John Jorgenson Electric Band colleague ……JEFF ROSS.
Also on Lead Vocals, my “go to”singer for every style from “Led Zeppelin” to “Aretha Franklin”
the one and ONLY………..SUZI CHUNK.
On GUITAR, the exceptional …..AL BROWN
Al is without doubt one of the finest and most tasteful guitarists around today and is making a name for himself at Blues Festivals both in UK and across Europe. If you’re a guitar lover, don’t miss this opportunity to hear Al Brown play.
On DRUMS, the fantastic….. JIM DRUMMOND.
I’ve worked with Jim since 1980 with  rock band Strangeways, John Martyn, Frank O’Hagan and many more. Jim is a naturally gifted musician, across multiple genres from, Big Band Jazz to Country , Blues to Metal, Funk to Fusion. He is in the driving seat behind the band keeping us grooving.
On BASS…ALAN THOMSON
Alan is currently the Bass Player with
the “Martin Barre Band”.
He is best known for his fretless bass playing with the late great “John Martyn”” also with Jacqui McShee’s Pentangle, Elliott Morris, Julia Fordham, John Jorgenson Electric Band, Carl Verheyen Blues project and many more…..
There will be something for everyone!
… Aretha, Blues, Beatles, CCR,  Faces. Stevie Wonder  Bad Company, James Brown, Dylan, Adelle, Zeppelin, The Band, Elton John, Bowie, Tina Turner..  and more!
Logging In...